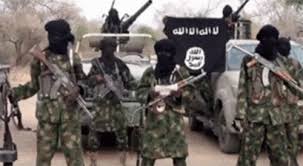 Boko Haram has invaded Geidam, one of the biggest towns in Yobe State, leaving the residents fleeing.

Geidam town, about 180 kilometers from Damaturu, the Yobe state capital, is the town where the headquarter of the Geidam local government area is located.

According to sources, the insurgents who were believed to have taken position around the town at about 2 pm on Wednesday, started shooting at about 6 pm and got residents fleeing.

The sources, who could not give the number of casualties, said many houses were set ablaze as residents ran into the bush.

They said land soldiers and air bombardment later came to uproot the insurgents.

One source said the town regained normalcy at about 8 pm when the insurgents were chased off by the military.

Buni, while commiserating with the people of Geidam, described the attack as most unfortunate.

He said, “The attack came at a time when there is a general improvement in peace and security across the state.

“The general improvement in security and support provided by the government has given our people the opportunity to gradually resettle and reclaim their means of livelihood.”

He, however, said the attack would not deter the government in its efforts to rebuild, reconstruct and rehabilitate communities initially destroyed by the insurgency.

He commended the people of the state for their resilience and determination to rebuild their lives and move forward.

He assured that “the government and people of Yobe state would continue to partner with the security agencies for the full return of peace and security across the state.”

Meanwhile, SEMA officials have visited Geidam where they took stock of the destructions on private and public properties.