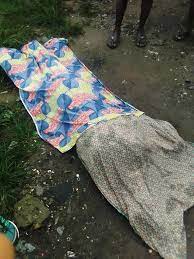 The victim, whose identity had not been ascertained as of the time of filing this report, was brought out dead by personnel of the state fire service.

Our source, who visited the scene, gathered that none of the residents of the area could explain how the victim got to the river or how the incident happened.

Hakeem Adekunle,  the  Head of Media and Publicity, Kwara State Fire Service, who described the incident as unfortunate, said the girl’s corpse had been handed over to the ‘D’ Division Police Station, Kulende.

Adekunle in a statement said “A girl of about 17 drowned in the Asa River by the Harmony Estate Bridge, Kulende area of Ilorin. The state fire service was alerted to the incident through a telephone call around 1.09 pm today (Thursday).

“It was pathetic that the victim was brought out dead by firemen and her corpse was handed over to the DPO of the ‘E’ Division, Kulende Estate.

Also, Prince Falade who is the Director, Kwara State Fire Service, Olumuyiwa, sympathizes with the family of the victim and prays to God to give them the strength  to bear the irreparable loss.”