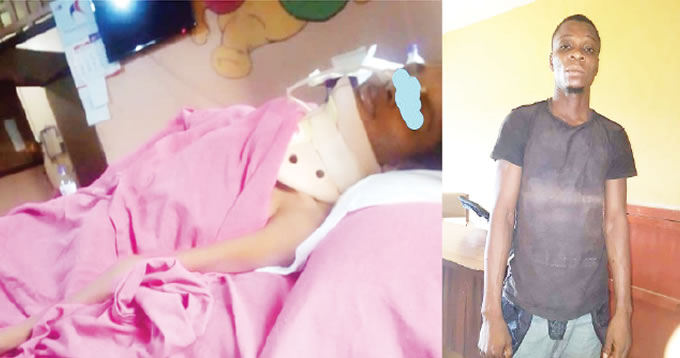 A teenage girl simply identified as Favour who was allegedly raped until she became unconscious by a 28-year-old Godday Robinson and dumped in a deep pit in the Agbara area of Ogun State as passed away.

NEWSNAIJA gathered that Favour who suffered spinal cord injury after being raped battled for her life at a private hospital in Lagos State, for months, has passed away and has been buried.

Newsnaija gathered that the teenage girl was returning from work on April 23, 2020, when Godday allegedly trapped and raped her for refusing his love advances.

The suspect allegedly slammed Favour on the edge of the drainage channel and later pushed her into it.

Mary Bassey, Favour’s aunt, stated that the victim could not talk nor sit as the injury affected her spinal cord.

Bassey said  Wednesday that Favour died last week Thursday and her remains were buried on Tuesday.