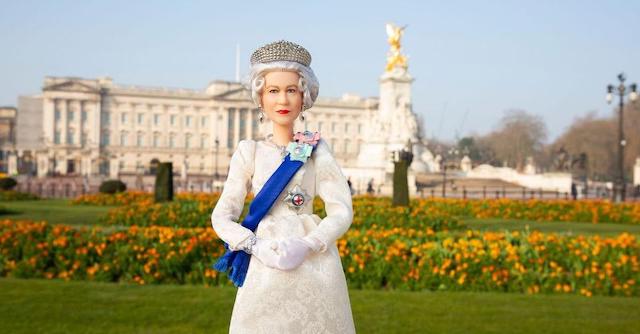 On Thursday, Queen Elizabeth II will celebrate her 96th birthday privately, retreating to the Sandringham estate in eastern England,

which has provided the monarch and her late husband, Prince Philip, with a respite from state affairs.

Elizabeth will spend the day at the estate’s Wood Farm cottage, which she has uses as a personal retreat in the past.

sanctuary since Philip’s death in April 2021.

Barbie and Mattel, the parent company of the popular toy brand, will release a limited edition Queen Elizabeth doll

to commemorate the Platinum Jubilee and her 70 years on the English throne.

The doll, which will be available on the

which honors famous and historical figures.

The royal Barbie will wear a replica of Queen Mary’s tiara, which is one of the monarch’s most memorable costumes.

which she wore during her wedding to the late Prince Philip,

as well as medallions inspired by the Royal Family Orders. Miniature portraits of her father, King George VI, and grandfather, George V, will be featured on the pink and blue ribbons.

commemorating the Queen’s accession to the throne.

at the announcement of the new toy tribute. “This is a stunning iconic doll, a wonderful tribute to a great Queen, embodying the service of Elizabeth II.”

The Queen’s Platinum Jubilee will begin on June 2, 2022, and will last until June 5, 2022. She is the longest-reigning monarch in British history.