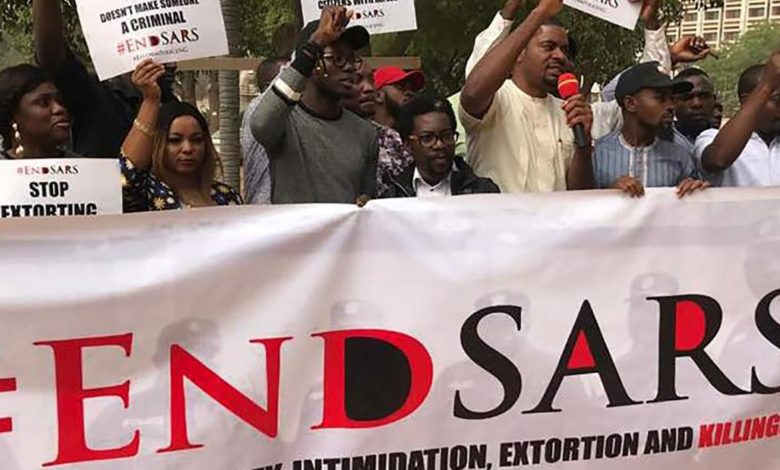 Some protesters on Thursday kept vigil at the entrance of the Lagos House of Assembly, Ikeja in a bid to express their grievances against extortion and brutality by operatives of the Special Anti-Robbery Squad.

The PUNCH gathered the protesters built tents at the entrance of the Assembly.

It was learned that security operatives later dismantled the tents and attempted to disperse protesters.

At about 11.30 pm, the streetlights providing illumination to the protesters went off, causing scare that they may be attacked.

One of the protesters told our source that they arrived at the entrance of the Assembly a few minutes to 10 pm.La

Debo Adebayo, a Popular comedian,  known as Mr. Macaroni, who was a part of those protesting, lamented the actions of FSAR operatives.

He appealed to the government to intervene, adding that many Nigerians are unsafe in their homes.

Adebayo, said, “Being here is not because we don’t have a home. It is because we are scared that even when at home, bullets can find their ways into our heads. So, we want the government to step in and step in now.”

After listening to the demands of the protesters, part of which included the total disbandment of the anti-robbery squad, Speaker Mudashiru Obasa appealed to them to return home.

Obasa assured them that there would be an emergency meeting today, Friday with Governor Babajide Sanwo-Olu and other concerned authorities.