President Muhammadu Buhari Says He Has No New Houses As He Declares Assets Amid Swearing-In. 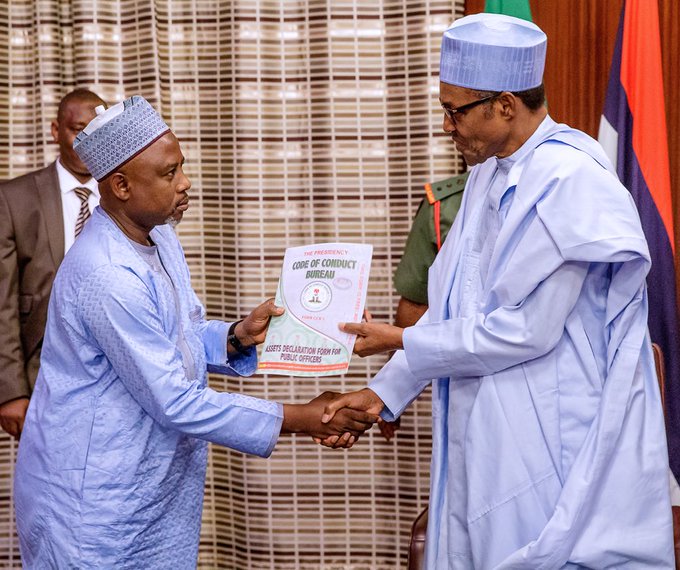 The President in compliance with the constitution of the Federal Republic of Nigeria has submitted his assets declaration form to the Code of Conduct Bureau which by law must precede his oath- taking slated for Wednesday.

The senior special assistant to the President, Media and Publicity made this announcement in a statement in Abuja.

The completed forms were submitted to the chairman tof the CCB, Prof. Mohammed Isa.
The forms,  signed by the president and sworn before a Judge of the High Court seating in Abuja, showed no changes in the assets the President declared in 2015.

There are no new houses, nor new bank accounts both home and abroad. There are also no new shares acquired by the president.

The Chairman of the Code of Conduct Tribunal commended the President for being an example of a corrupt free leader by declaring His Assets with no new ones acquired.