PRESIDENT BUHARI FAILS TO ADDRESS NIGERIANS AT HIS INAGURATION 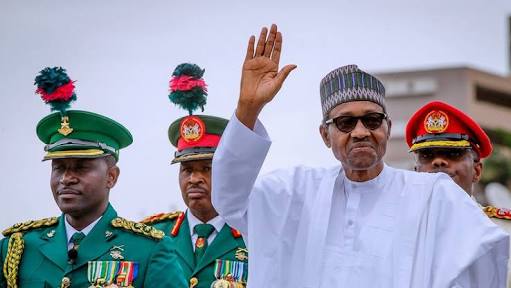 President Buhari broke protocol yesterday as he failed to address Nigerians after his inauguration.

Many who gathered to listen to the President as he dishes out His plans for the next four years were disappointed. The President simply inspected the parade by the military and police before carting away.

Four years earlier he reeled off his mouth watering promises for the country, with excellent oratory where the popular saying was coined ” I belong to no one, I belong to everyone ” But this time the president did not receive any response as he waved at the crowd gathered. A disgruntled and disappointed crowd paid no attention to his greetings.

Many have described this move by the President as insensitive of any leader, as it is expected of Him to address the People at such a time as this when there is so much insecurity, the harsh economic conditions of the country, and a recession looming around the corner.