PREGNANT MOTHER OF EIGHT STABS HUSBAND TO DEATH IN DELTA 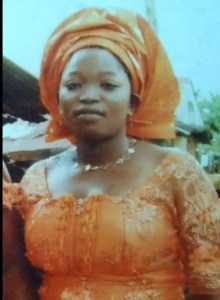 A pregnant mother of eight children, simply identified as Dada, has been arrested for stabbing her husband, simply known as Jonathan, to death in the Otomi community, Uwheru, in the Ughelli Local Government Area of the Delta State.

NEWSNAIJA learned that the suspect returned late from work on Monday, April 5, 2021, when an argument started between her and her husband.

The said argument degenerated into a fight and the woman allegedly stabbed the deceased with a knife.

An eyewitness, who spoke on condition of anonymity, said the deceased had warned the woman against coming home late.

“They started arguing on the matter, but all of a sudden, the wife took a knife and started chasing the husband till she stabbed him to death.”

It was further gathered that the matter was reported at the Ughelli Police Station.

When contacted, Edafe Bright, the acting Police Public Relations Officer, confirmed the incident to our source.

He said, “The command is aware of the matter and the woman was arrested by policemen from the Ughelli Police Station and the matter was transferred to the state CID today (Wednesday),”.