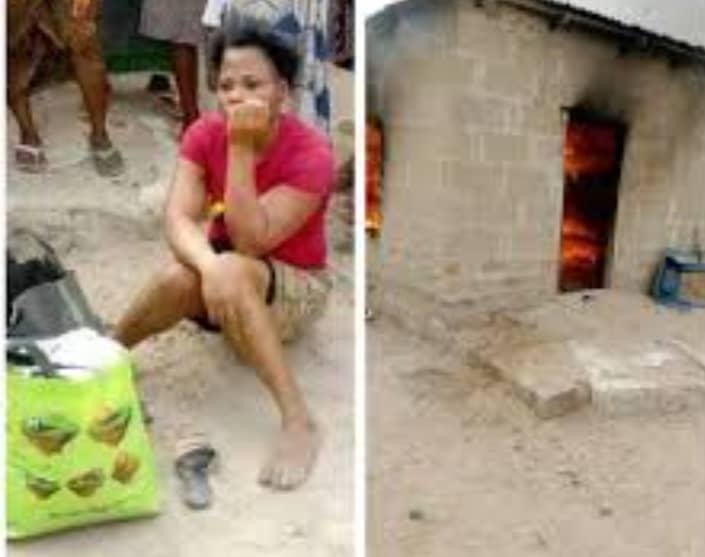 A pregnant lady has allegedly set her boyfriend’s room ablaze in Achussa, a suburb of Makurdi, the Benue State capital.

The incident, according to eyewitnesses, happened on Wednesday when the boyfriend was at work.

According to residents of the area, before the lady set the room ablaze, she allegedly moved out her personal belongings.

One of the residents, who simply identified himself as Joseph, said the lady, who lives in one of the villages in the state, was only coming to visit her boyfriend occasionally.

Joseph, who could not mention the names of the two lovebirds, said the lady had on several occasions complained that her boyfriend was hardly giving her transport fare each time she visited, adding that the lady claimed they quarreled on Tuesday after she demanded transport fare to return to the village and the matter was later settled.

Joseph stated, “The following morning, she waited for him to go to work, brought out her few belongings before setting the room on fire. Unfortunately for her, the residents apprehended her before she could disappear.

“She was handed over to the vigilantes, but when her boyfriend was called upon, the community prevailed on them to settle the matter quietly without involving the police.”

As of the time our correspondent visited the area on Thursday, it was observed that the single room was burnt with all the property inside.

When contacted,  DSP Catherine Anene,  the state police command spokesperson, said she was not aware of the incident.