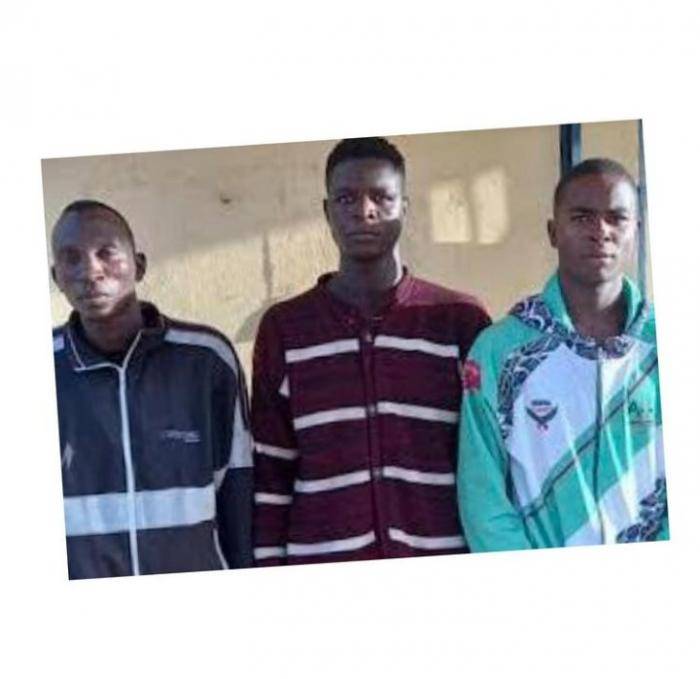 The Adamawa State Police Command has arraigned a student of the Federal Polytechnic, Mubi, identified as  Mumuni Abubakar, for allegedly killing his pregnant girlfriend,  known Franca Elisha, and burying her corpse in a shallow grave.

The command also arraigned two other accomplices, identified as Huzaifa Shuaibu and Rabiu Adamu, for their roles in the incident.

Elisha, a Diploma student of the Department of Library Science, Federal Polytechnic, Mubi, was allegedly buried in a shallow grave after a failed abortion attempt.

DSP Suleiman Nguroje,  the state Police Public Relations Officer, , said complaints by the victim’s parents about her whereabouts led to investigations that unmasked  the circumstances surrounding her death.

NEWSNAIJA  gathered that Abubakar, a resident of Unguwan Sanda in the Yola North LGA, allegedly impregnated the victim, but when he was informed, he insisted that the pregnancy must be removed.

The police First Information Report said, “He took the deceased to his room located in the students’ community behind the state university for the clandestine abortion on August 6, 2021.

“To successfully carry out the planned abortion, the accused invited his friend and student of the College of Health and Technology, Mubi, Huzaifa Shuaibu, who administered a lethal dose of drugs and injections to induce the removal of the foetus in Franca’s womb.”

The injections allegedly caused the victim some form of delirium, as she passed out.