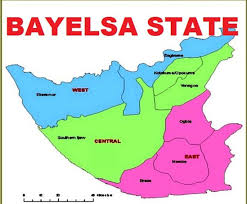 The Bayelsa State Police Command, on Wednesday, confirmed the shooting of two women and a teenager by a trigger-happy cop.

Asinim Butswat,  a statement by the spokesperson for the command, said the incident took place in the Edepie-Etegwe area of Yenagoa, the state capital, on Tuesday.

Butswat said the victims were taken to the Glory Land Hospital, where they are responding to treatment.

The PPRO said the command had identified and taken into custody the police patrol team allegedly responsible for the unprovoked attack on the innocent women.

Butswat stated that “The unfortunate incident occurred at the popular Tombia-Etegwe roundabout on November 24, 2020, around 7.45 pm when the patrol team was stuck in gridlock and one of the police officers, in a bid to clear the gridlock, accidentally fired a shot and the bullet ricocheted and injured three persons,”.

He quoted the Commissioner of Police, Mike Okoli, as condemning the attack while calling for calm by the residents as the incident would be thoroughly investigated and all indicted cops would be brought to book.

The CP  had earlier claimed that the officers involved in the attack “are not from the Bayelsa State Command.”

However, he said they must be tracked. Nothing stops police patrol vehicles from coming in or out of the state. We have the particulars of the vehicles: Terropol NPF 8643C, white Hilux,” he added.