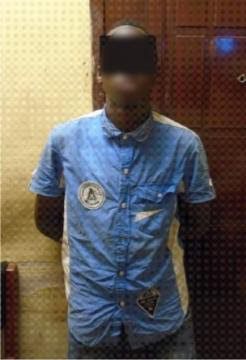 It was reported that Okon, who earned N35, 000 a month as a porter at Havana Hospital, Surulere, Lagos, allegedly drank a poisonous substance after receiving a letter terminating his employment.

Newsnaija gathered that after being treated, Okon was handed over to the police and was arraigned before a magistrates’ court in Yaba.

The magistrate granted the 21-year-old bail in the sum of N200, 000 with two sureties in like sum.

Okon, however, remained in police custody for nearly two months for being unable to meet the bail conditions.

Newsnaija gathered that a relative of the 21-year-old man, however, reached out to this newspaper, lamenting that the defendant would not be able to meet the bail conditions.

After the newspaper report, four non-governmental organizations intervened and helped Okon to process his bail.

Speaking to our source on Thursday, Richard Ekanem, a cousin of the defendant, thanked the newspaper for the publicity given to the matter.

Ekanem, “I would like to thank Dr. Cheluchi Onyemelukwe of the Centre for Health Ethics, Law and Development; Dr. Felix Muoka of the Social Economic Rights Action Centre; Dr. Chioma Nwosu of Olamma Cares Foundation and Olumide Babalola of the Enough is Enough Foundation.

He said “Cheld and Olamma Cares Foundation agreed to rehabilitate him, treat him and give him a change of environment, adding that Cheld and SERAC have been providing legal assistance to secure a no-case submission on the matter.

Meanwhile, Okon was brought before the Magistrate, N Patrick, on Thursday for the continuation of trial.

However, the court did not sit and the matter was adjourned till November 23, 2020.