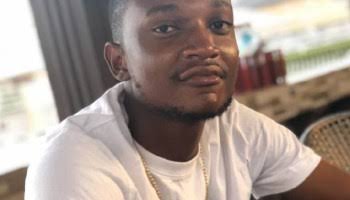 An unknown policeman attached to the Delta State Police Command on Friday allegedly shot dead a 29-year-old father-of-one identified simply as Gift in Obinomba, Ukwani Local Government Area of the state.
NEWSNAIJA gathered that the man was celebrating his birthday with a few friends at a hotel in Obinomba when the incident happened.
One of the eyewitness who gave his name only as Chidi said, “The young man was having his birthday at a hotel along Obinomba and the Police raided the hotel for reasons best known to them.
He said in the course of the raid, an argument ensued between the host and the Police. The young man begged them not to ruin his party. As he made to step out, a policeman with whom he earlier had an argument shot him.
He added that “The young man fell and fainted. He was rushed by the Police to a private hospital in Obiaruku where he was confirmed dead on arrival.”
Another eyewitness who spoke on condition of anonymity told our source that the deceased was a father of a four-month-old baby.
The development made youths in the community to protest on Friday and policemen put a barricade at the Sapele-Agbor Expressway.
“The man was a young father of a baby who is not up for four months. We protested last night till about midnight when the council chairman came and calmed the situation.