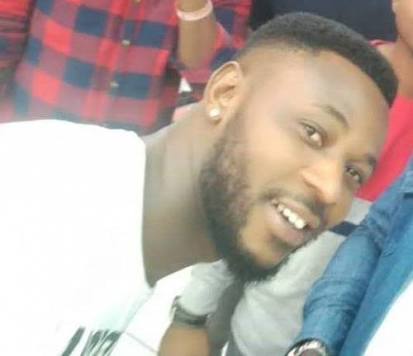 The police have arrested the team of personnels involved in the killing of Kolade Johnson.

Police Public Relations Officer, Bala Elkana announced this.
Kolade was watching a football match at a viewing centre where he was fatally shot.

Read His statement below:
“On 31/03/2019 at about 5.05pm, the command recieved a distess call that Lagos-Abeokuta express way has been blocked by some angry youths who were protesting the shooting of one kolade Johnson of No.1 Beco street Onipetesi,mangoro Bustop by a team of police men and anti-cultism unit.

“A team of police men from the Rapid Response Squads and Metro patrol were promptly drafted to the scene. The account of eyewitnesses helped in identifying the team which fled the scene immediately after the incident”

“Members of the team suspected to be involved in the shooting have since been arrested and are currently in police custody undergoing interrogation”.

“The commissioner of police Zubairu Mohammed has called for peace among the youths and has urged them not to take laws into their hands. He has assured Nigerian that the police will take necessary steps to reform the Anti-cultism squad for better service delivery
He also encouraged anyone who had complaints on the activities of the Anti-cultism squad or other police teams to call the following numbers. 08063299264 08065154338 08060357795