PDP CALLS ON PRESIDENT DONALD TRUMP TO SAVE NIGERIA’S JUDICIARY 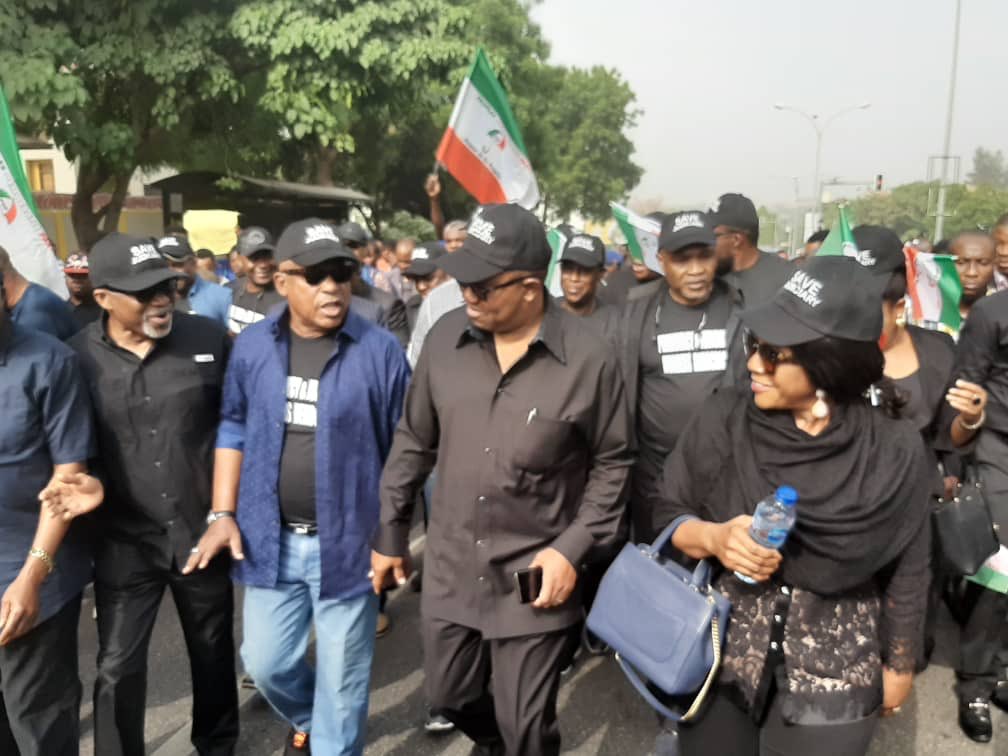 Protest is ongoing in Abuja by the People’s Democartic party which it has tagged #saveourjudiciary. This protest is coming after a supreme court ruling in the Imo gubernatorial elections which ousted Gov. Inhedioha.

The people’s Democratic party has called on the Eu commisons, President Donald Trump and the United nations to join in the seeking justice for.

A video from the protest has emerged online. See below :