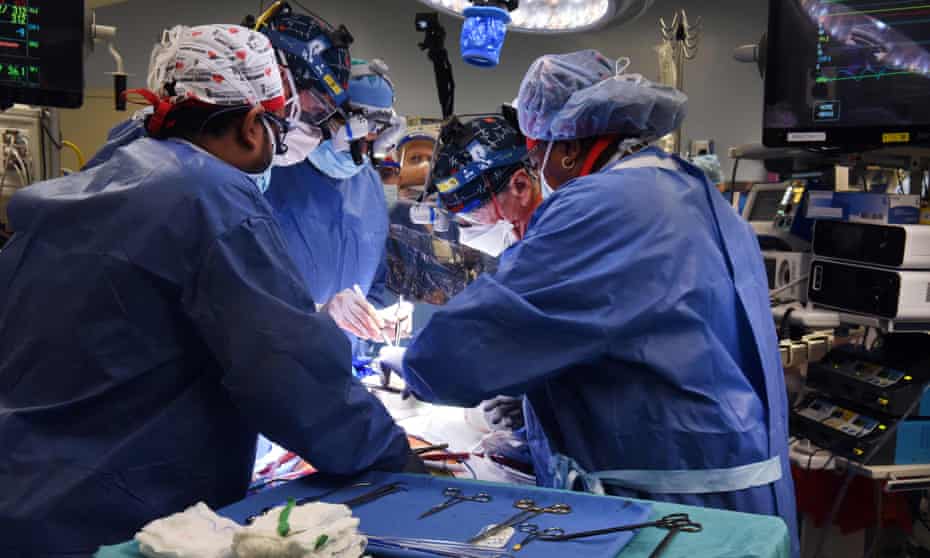 David Bennett, 57, died on Tuesday after receiving a pig heart in January to replace his own failing one.

According to the University of Maryland Medical Center, where Bennett received the transplant on January 7

and had been recovering since, it is not yet clear what caused Bennett’s death.

He began to deteriorate in recent days, and his death was announced by the hospital on Wednesday.

Bennett was the first person to receive an animal organ that had been genetically modified to prevent rejection in humans.

According to hospital spokeswoman Deborah Kotz, there was no obvious cause of death at the time of his death,

and researchers intend to conduct a thorough review of his death and publish the findings in a peer-reviewed journal.

Although the experimental surgery only added two months to Bennett’s life,

it contributed to the field of xenotransplantation, which aims to help solve the human organ shortage.

There are numerous examples in medical history of experimental procedures

that did not make a significant difference in the first few patients but eventually transformed medicine.

From October until the transplant surgery, Bennett was bedridden

and on a heart-lung bypass machine at the University of Maryland Medical Center.

He was ineligible for a human heart transplant because he had not followed previous medical recommendations.

According to studies, patients who do not follow doctors’ orders do not fare well with organ transplants,

and there are only a limited number of human hearts available for transplant.

Bennett was also a poor candidate for an artificial heart pump due to an irregular heartbeat.

When he realized he had no other choice, he agreed to be the first person

to receive a gene-edited pig heart as a bridge until he could prove himself worthy of a human heart.

For weeks, his new heart functioned normally, with no signs of rejection. Bennett,

who was extremely weak from spending so much time in bed,

was receiving rehabilitation and was able to sit up for a short time.

Bennett’s son, David Bennett, Jr., spoke on his behalf and thanked the hospital and doctors for their care.

He also expressed hope that his father’s experience will one day help many others live much longer lives with transplanted pig organs.