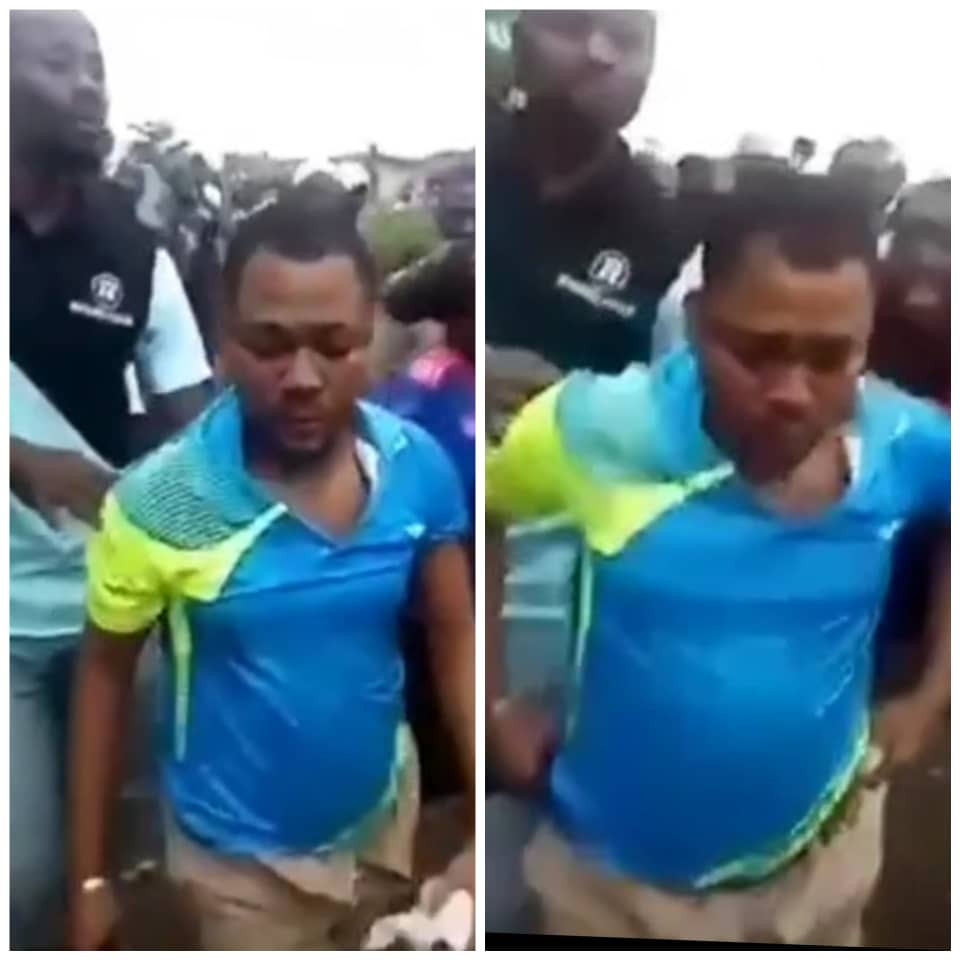 The Oyo State Police Command has arrested a man identified as Emmanuel Egbu, a trader for eating human excreta with bread.

Newsnaija learned that Egbu, who has a shop at the Sango area of Ibadan, the Oyo State capital, was caught by some persons around 12 noon Sunday afternoon.

This unseen act caused traffic as many people rushed down the incident scene to take a look at the awkward situation.

Eating human excreta is said to be mostly associated with Internet fraudsters, who also combine money rituals with cyber fraud.

It was gathered that the trader, who has a successful cosmetics shop where he sells Brazilian hair, was said to have been caught in the act and those who caught him with the weird food combination were said to have raised the alarm, which attracted a large crowd.

Egbu,, who is said to have bought a house and rebuilt it around the same area, was however rescued before he could be mobbed. He was taken to the Sango Police Station.

Mr. Olugbenga Fadeyi, The Police Public Relations Officer in Oyo State, when contacted told our source that Egbu was in police custody.

Fadeyi said the Divisional Police Officer in charge of Sango Police Station had begun an investigation into the incident.