ONE KILLED, FOUR TRAPPED AS BUILDING COLLAPSES IN ABIA STATE 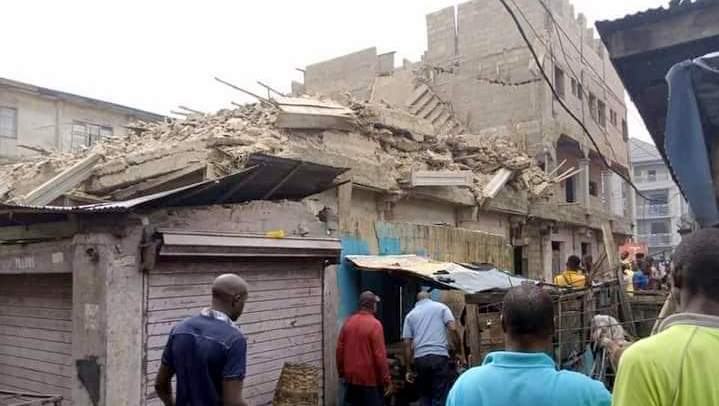 A three-storey building under construction on Azikiwe Road, Aba, the commercial hub of Abia State has collapsed, killing one person.

Newsnaija learned that four persons were also trapped while one person was rescued.

The building reportedly collapsed on Wednesday morning at about 5:15 am after a downpour on Tuesday night.

One of the rescued victims, Kalu, told our source that he and some other victims were taking refuge in the building when the incident happened.

Members of the Nigerian Red Cross Society arrived at the scene around past 8:00 am to search for trapped victims.