ONE KILLED AS BUILDING COLLAPSES IN AKURE 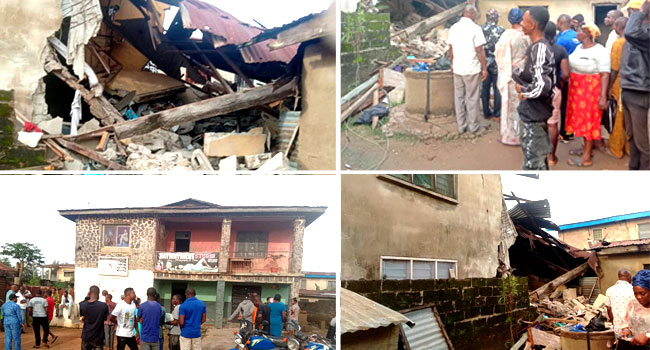 NEWS reaching us says an elderly woman died after a building in the Ondo State capital partially collapsed.

However, seven other residents of the house were rescued by neighbors who rushed to the scene of the accident.

While Ondo police have yet to issue an official comment on the occurrence, police officers on the site transferred the body of the woman killed to the morgue.