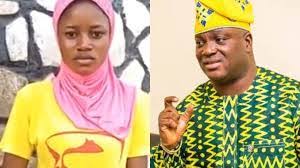 The Ogun State government has suspended the Commissioner for Environment, Abiodun Abudu-Balogun.

NEWSNAIJA learned the Commissioner was suspended from office over an allegation of sexual harassment of a 16-year-old girl identified as Barakat Mayowa Melojuekun.

The Secretary to the State Government, Mr. Tokunbo Talabi,   in a statement issued on Sunday in Abeokuta announced the suspension of the commissioner pending the conclusion of an independent investigation into the allegation.

The SSG explained that the state government decided to suspend Abudu-Balogun to enable him to cooperate fully with the independent investigation being carried out by the police.