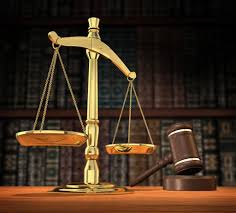 The sons of late Abdulkadir Kure, a former Governor of Niger State, identified as Umar,  has taken his mother,  Senator Zenab Kure, to the Sharia Court of Appeal, Niger State, challenging the sharing of his father’s estate by an Upper Sharia Court/Administrator.

In a motion on notice filed as No SCA/NS/CV/O4/2020 against the decision of the court/administrator in Suit No USC/MK/CV/139, the widow and three other children of the deceased and the estate of late Abdulkadir were listed as respondents.

In a 16-paragraph affidavit in backing  of the motion, one Blessing Abraham, toppled  that, “the petitioner  is displeased  with the decision of the trial court/administrator in the distribution of the estate in question.”

She noted that the petitioner  and his counsel were not present on the date the alleged  distribution was made and that he was not aware of the sharing of the estate on December 11, 2019 until he was served the conclusion  on January 27, 2020, thereby passing  the 30 days within which he could appeal.

NEWSNAIJA learned Umar is also challenging the distribution of his father’s estate without payment of all debts of the deceased, adding that he was not given fair hearing in the sharing  of the estate