NATIONAL THUG INVITED AS A SEMINAR GUEST IN UNILAG, REACTIONS ARE OUTRAGEOUS. 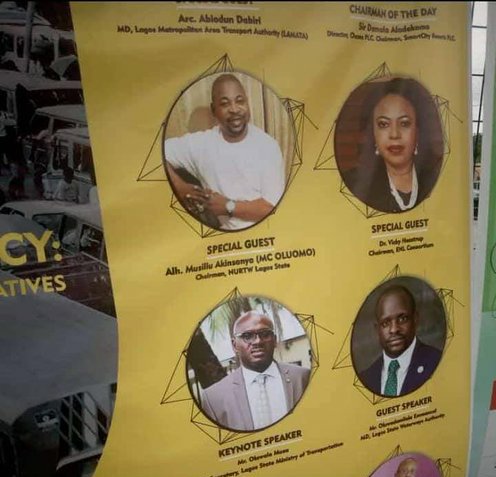 The leader of the Nigerian Union of Road Transport Workers (NURTW) Lagos chapter, Musiliu Akinsanya aka MC Oluomo is currently under alot of fire on social media following his invitation as a Special guest at a seminar scheduled to hold inside University of Lagos (UNILAG).

MC Oluomo’s invitation has triggered alot of poeple online saying, ‘how can a National Thug be allowed to talk in UNILAG and sowore wasn’t welcome?”.

At least, MC Oluomo is not owing salaries pic.twitter.com/J4D4BiBzam

Apparently, UNILAG sees Mc Oluomo like the Zuckerberg of Lagos.

*jumping on to(off from) a moving vehicle, if the conductor refuses to sọwo!