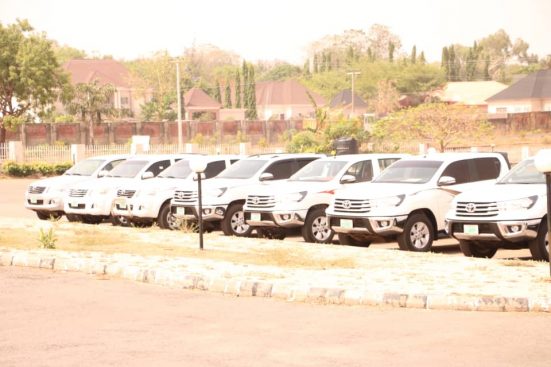 There are about 169 ventilators spread across Nigeria and only 16 states can boast of atleast one that can be used during the Codvid-19 fight. Nasarawa state is among such state. News reaching us says that the state Governor Abudulahi Sule just acquired  24 Toyota Hilux vehicles for state lawmakers, estimated at nearly N500 million.

Meanwhile Medical and Health Workers in the state on Thursday protested non-payment of their March salary by Doma local government. They threatened to embark on industrial action from Friday, if they are not paid.

Stake holders in the state have lashed out at this gesture by the governor,  calling it “misplaced priority “. According to them the money used to by the vehicles should have been used to equip hospitals with state of the art equipments like ventilators.

Prince Charles Has Tested Positive For Covid-19 A Second Time.