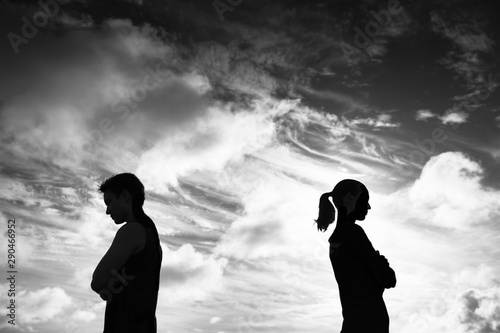 A family lost their son due to both parents’ refusal to pay the child’s medical bills. Both the husband and wife had money in their accounts, but they were arguing about who would pay the hospital bill.

Their disagreement eventually lasted too long, and their son died as a result.

The wife speaks up, attempting to present her side of the story.
According to the story, as reported by TVC, the wife claimed that up until their son died, she had carried the majority of the financial burden of the household and that her husband was irresponsible towards those burdens. She wished for the man to accept responsibility for his actions and, at long last, provide for the health and well-being of their child and family.

She honestly believed her husband would rise to the occasion and had no idea the child would die. She insisted that the money in her account was her hard-earned money, and that the man had no right to become enraged and leave the marriage because she had not brought it up.

It should be noted that the medical bill in question was only N25,000. (Twenty-five thousand Nigerian naira)

The man found out about the N3.6 million in the wife’s account when he went to pick up her phone to take a call one day, and unfortunately for the woman, there was a bank alert notification on the phone that showed the amount of money in the woman’s account – over N3.6 Million.

So the child died because of N25,000, despite the fact that the household’s total value was over N3.6 million.

Who killed the child?

Let us know what you think in the comment section….

3 thoughts on “N3.6 million found in mom’s account after son dies in the hospital because of N25,000”