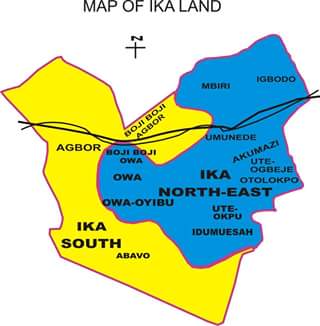 The state government had at the weekend raised the alarm over the death of 15 youths within the age bracket of 18 to 25 in two of the communities of suspected hemorrhagic fever or substance abuse.

Investigations revealed that some of the victims vomited blood before passing away, while others complained of general fatigue, headache, and fever before they died at home and in hospital.

Mrs. Monica Emeke, who lost two of her children, a 26-year-old man, and a 21-year-old lady, told our source that the strange disease claimed five lives in the Ute Okpu community in one day.

NEWSNAIJA also gathered that several deaths had been recorded in neighboring villages, including Ute Erumu.

However, the state government has assured the residents of the affected areas that it is doing everything possible to curb the disease.

Dr. Mordi Ononye,  The Commissioner for Health, gave the assurance when he led a team of public health officials to Ute Okpu with a view to unravelling the mysterious disease.

The Health Commissioner, Speaking at the palace of the traditional ruler of the community, said, “The Delta State Government has received information on seemingly mysterious deaths in Ute Okpu and Idumesa communities of the Ika North East Local Government Area of the state, which prompted the State Governor Ifeanyi  Okowa to direct the state Ministry of Health to immediately investigate these deaths, identify the cause/causes and effective containment measures.”

The Governor called on members of the community and residents of the state to observe good hygiene as the dry season approaches by properly covering their food, cutting grasses around their surroundings, eliminating rats in their homes, and continuing to observe COVID-19 safety guidelines, especially handwashing with soap and running water.

Residents of the communities were in shock as of the time our source visited on Wednesday.

As of the time of filing this report, the state government was awaiting the results of the tests conducted on samples collected from the victims.