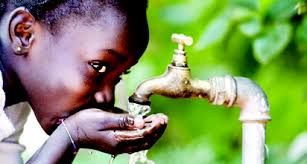 One of the school children who died in Wednesday’s Lagos school building collapse told his mum he didn’t want to go to school on the day, being his birthday, News naija reports.

A three-storeyed building including the Ohen Nursery and Primary School, Ita Faji, Lagos Island, collapsed on Wednesday morning, killing at least 12 people as of yesterday’s count. Families and neighbours of the victims were heard giving different accounts of what might have been done to avert the incident.

One parent who became an emergency worker overnight said:

“I have rescued my five-year-old son, he survived; now I’m here to help others but the LASEMA officials are making things very difficult and slow.”

He added that another child killed in the accident might have been alive had events gone another way. “Today is the boy’s birthday; he said he didn’t want to go to school because it’s his birthday but his mother insisted.

He was among those that first died.”

Another said: “A woman couldn’t afford fees so she came to beg in the morning but the proprietor turned her back with her child; she has just heard what happened and is thanking God.”

Rescue efforts at the crash are expected to continue on Thursday.