MOTORIST KILLS BUS DRIVER FOR SCRATCHING HIS CAR IN DELTA 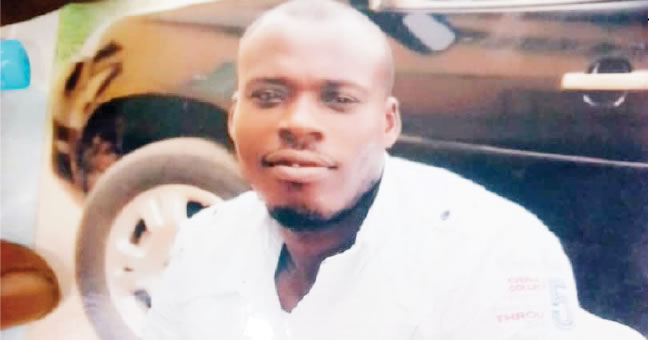 A bus driver, identified as Mr.  Matthew Omonogor, has been killed by a motorist, known as Junior Ogbolu, in Ibusa, in the Oshimili North Local Government Area of Delta State.

NEWSNAIJA gathered that the victim was killed on Monday for scratching Ogbolu’s car.

A source in the community told our source that Omonogor, a bus driver plying the Asaba-Ibusa-Ogwashi-Uku route, scratched the vehicle in Asaba.

The suspect and his friends were alleged to have trailed him to Ibusa, where they allegedly crushed him with the car.

He died on the spot.

“The bus driver loaded passengers going to Ibusa and Ogwashi as usual when he mistakenly scratched the man’s car along the road.

“Immediately, Matthew came down and started begging Junior over the damage. After begging, he entered his bus and continued the journey, not knowing that the man was trailing him.

“After he dropped off the passengers at Ibusa, the guys accosted him again. He knelt and begged them and they beat him black and blue. One of them entered the car and rammed the bus driver, killing him on the spot.

The source said after killing him, they quickly zoomed off. Now, the family of the deceased who hailed from Kwale has dropped the corpse at the doorstep of the suspect’s family in Ibusa,”

DSP Onome Onovwakpoyeya, The state Police Public Relations Officer, confirmed the incident, adding that efforts were on to arrest the fleeing suspect.