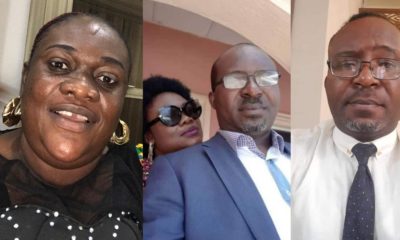 A woman identified as Agnes Ikpea,  mother of six, has requested an order of the Court of Appeal in Benin to annul an order, which her husband,  known as Leemon Ikpea, counted on to eject her from their home on the Banana Island, Lagos State.

The husband had filed a petition before the Edo State High Court where he requested the termination of their 39-year-old marriage and order of the court asking his wife to eject their matrimonial home on Banana Island.

Justice J. I. Acha of the Edo State High Court had on February 17, 2021, granted the application and ordered Leemon to provide suitable accommodation for his wife around Victoria Island, Lekki, or anywhere convenient in Lagos outside of Banana Island, Ikoyi, awaiting the resolution of the substantive suit.

Justice Acha adjourned till March 3, 2021, for further hearing in the matter.

Following the ruling, Agnes’s counsel filed an appeal for a stay of execution of the order and an injunction restraining her estranged husband from carrying out the order pending the hearing of her appeal.

However, Agnes alleged that her husband ignored the appeal and the motion for stay of implementation and threw her out of their matrimonial home without providing any alternative accommodation as ordered by the court.

The 64-year-old Agnes, who urged the Court of Appeal to void the order of the state high court obtained by her husband, alleged that some weighty men sent her packing bare-footed without Leemon making arrangements for where she would stay.

Agnes’ counsel, while faulting the order of the high court said, “Ordering the respondent to vacate her matrimonial home during the pendency of divorce proceedings has the effect of determining the divorce case prematurely.”