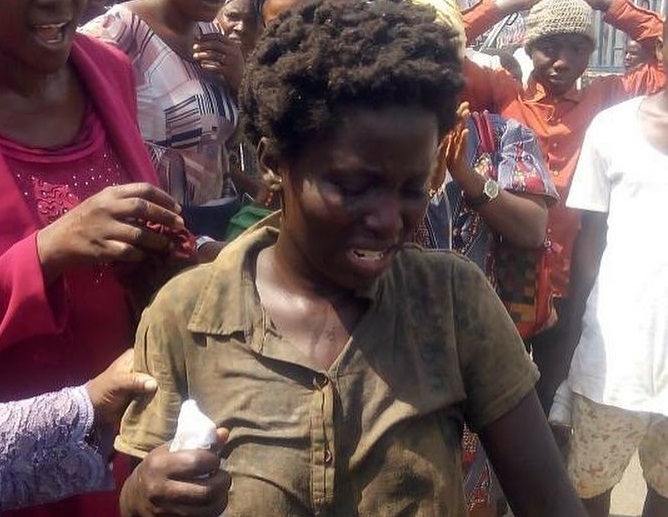 A  woman who is said to be mentally ill on Tuesday was caught with a dead baby fastened to her back for over a week at Effium in the Ohaukwu Local Government Area of Ebonyi State.

Newsnaija learned the woman came to the community some months ago from an unknown destination and started living in an uncompleted one-story building opposite a transport firm, but was suddenly discovered to be carrying a dead baby.

This was reported to have caused panic for a possible outbreak of diseases in the area, as the woman roamed the entire community with the dead baby tied to her back.

A witness, who spoke to our source on condition of anonymity said, “The woman came to Effium community a couple of months ago from an unknown destination; nobody has been unable to trace where she came from for now. She came into Effium and started living in an uncompleted one-story building, opposite the Christ Light Transport Company, where she is taking refuge.

“Along the line, people discovered that she was carrying a lifeless baby fastened to her back. She was roaming the whole of Effium with the dead baby on her back. The odour started chasing people away. It was at this point that residents reported the matter to the police.”

“The baby was already decomposing on her back because she had carried it for over one week or so. The youth collected the baby from her and it was buried at the cemetery.”

Mrs. Loveth Odah, The spokesperson for the state police command, did not pick calls put across to her mobile telephone and had yet to respond to a text message sent to her on the development as of the time of filing this report.