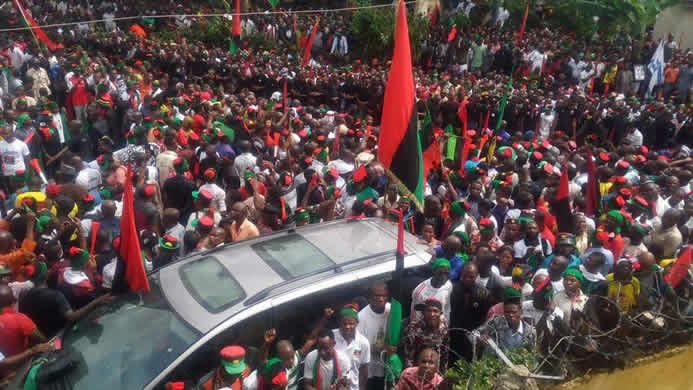 Residents of Enugu today went about their usual business activities despite the public Holiday announced by the Indigenous People Of Biafra to remember all those who lost their lives in the Biafran war that lasted 3years.

There was heavy traffic of vehicles and human as they made their way to their different destinations not minding the outlawed group’s instructions.

Some residents commented after being asked why they weren’t in their house observing the public Holiday declared by the IPOB.

Miss Chukwu, a student said the IPOB was an illegal movement and are not capable of disrupting her school activities for the day.

Mrs Mary, a government worker said the IPOB did not employ her neither do they pay her bills

Mr Ugochukwu a business man said the IPOB had only caused more harm than good for ibo people.

” Everytime seat at home, seat at home do what? These people have deceived us, people only end up dying from these orders by jobless men.
I will be the last person to obey such orders, I am not foolish.

In 2017, The Abuja Federal High Court gave a judicial backing to the executive order of President Buhari, declaring the IPOB and its activities as acts of terrorism and illegality.