MAN,30 ARRESTED FOR STABBING 57 YEAR OLD SUSPECTED OF SLEEPING WITH HIS WIFE IN ADAMAWA 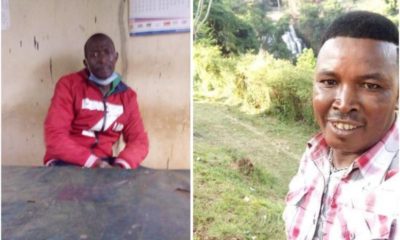 The Adamawa State Police Command has arrested a 30-year-old man for stabbing a 57-year-old man to death at his residence over suspicion that the victim was having an affair with his wife.

The suspect, John Samuel, a resident of Bandasarga village, Ganye Local Government Area, according to the police, returned home on Sunday around 11 pm and met the victim in his house.

The state Police Public Relations Officer, Suleiman Nguroje, said “There and then, he suspected the victim of coming to have an affair with his wife; all of a sudden, he stabbed him with a knife and left him in a pool of blood,”.

The PPRO revealed that the victim identified as Yaji Lawal, a resident of Bakari Guso village, was rushed to hospital, but was later confirmed dead.

He said the police immediately moved and arrested the culprit who is a father of three.

Aliyu Adamu, the state Commissioner Police, has ordered further investigations into the case, while also appealing for calm in the area.