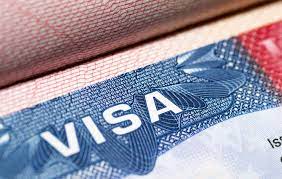 A man who allegedly hid his cousin’s UK visa days before he was to leave Nigeria to study is said to have confessed 20 years later.

@Lady itohan, a Twitter user, shared the circumstances that prevented her Uncle from traveling to further his education even after obtaining a visa.

She described how her uncle’s UK visa mysteriously vanished just days before he was supposed to travel to the UK. This broke his heart because it meant the end of his dream of studying abroad.

Surprisingly, after 20 years, his cousin admitted to stealing the visa out of jealousy. He apparently made the confessed on his death bed.

@Lady_itohan shared this story on twitter, in reaction to the trending discussion about people who became extra cautious after securing visas to travel abroad.

According to her, her uncle is now nearly 80 years old, but the incident utterly destroyed his dreams.

In her own words;

“His paranoia might seem hilarious but my uncle’s visa varnished some days before he was to travel to UK for school and that was the end of his dream! The thief, his cousin, who was jealous at that time, confessed 20 years later!!! #TrueStory

Happened when my uncle was 26…He’s almost 80 now. His cousin confessed when he was about to die as a result of a strange ailment.”

The following are some reactions of twitter users to this shocking reveal;

Reacting, @absolute_ola said; Law 3 of the 48 laws of power: conceal your intentions. People can’t attack what they don’t know.

@Veekeey7; This is why most people don’t tell people about thier japa plans… Trust me some people can be very wicked.

After seeing this, would you reveal your plans to relocate when you secure your Visa?

Leave your comment below, let us know those who don’t fear their “village people”.