MAN STABS NEIGHBOR TO DEATH DURING AN ARGUMENT IN LAGOS 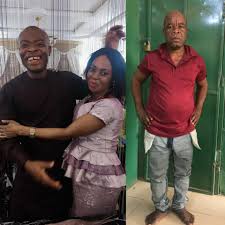 A man, identified as Sunday Amaefula, has been arrested by men of the Lagos State Police Command for allegedly stabbing a man known as  Chibuike Nwanne to death with a broken bottle in the Mafoluku area of Oshodi.

NEWSNAIJA learned that Nwanne and his wife returned home from a party when an argument started between him and Amaefula’s brother, Ifeanyi Emmanuel.

The argument was said to have deteriorated into a fight and in the process, Amaefula allegedly stabbed the 43-year-old to death.

Muyiwa Adejobi, the state Police Public Relations Officer, in a statement on Tuesday said that Nwanne was survived by his pregnant wife, adding that the suspect and the deceased were neighbors.

The PPRO   said, “Police operatives attached to the Makinde Division, Lagos State, on Monday, February 22, 2021, around 12.30 am, arrested one Sunday Amaefula, 53, for stabbing one Chibuike Nwanne, 43, to death.

“Investigation revealed that the deceased had an altercation with the suspect’s brother, one Ifeanyi Emmanuel, his neighbor before the suspect stabbed him to death with a bottle in their house. The deceased, who got married last year, is survived by his pregnant wife.”