MAN JAILED FOR REFERRING TO HIS BIOLOGICAL CHILD AS DAUGHTER 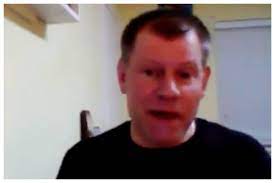 A Canadian man, identified as Robert Hoogland, has been jailed for referring to his biological female child as ‘daughter.’

Hoogland was found to be in contempt of court.

NEWSNAIJA learned his child identifies as transgender and prefers the use of male pronouns, despite this, he repeatedly called the person his daughter, even after the court proscribed him from doing it.

As a result, the Attorney General of British Columbia issued an arrest warrant for contempt, following which Hoogland surrendered himself to the court on Tuesday at 10 am. He was arrested and taken to jail.

Hoogland opposes his child’s undergoing “gender affirmative” medical procedures and has stated this opposition again and again, in the hope of saving his child from irreversible harm. The Canadian medical system, the legal system, and the child’s mother press ahead with the social and medical transition of the child.