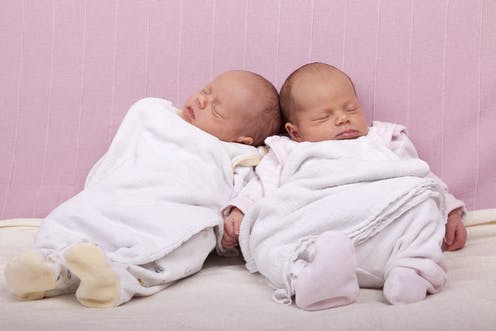 A Chinese man has inconsolably broken down after discovering that his twin babies have two fathers, meaning one of them is not fathered by him.According to the doctor who produced the paternity report says having twin fathered by two separate individuals is a rare medical condition called heteropaternal superfecundation .
Daily Mail reports that the discovery was made known after the babies’ unnamed parents did a DNA test as part of the process to register their births in China
According to the doctor, Deng yajun the probability of such a case happening is always one in 10 million chances, he said first the mother needs to produce two eggs instead of one in the same month [to have twins]. Secondly she needs to have intercourse with two men in short space of time to make it possible, he explained.