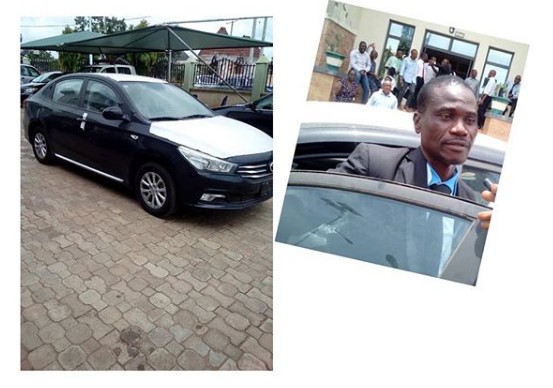 Comrade Benson Efeotor, a civil servant orking with the Delta State Ministry of Finance (Project E-Delta), has returned the sum of N53,121,650, recently erroneously paid into his account by the state government.
In an interview with newsmen, Efeotor said, “I returned the money because I don’t have such money in my bank account.” He added that anyone who will say he was wrong for returning the money to the govt. could be a “thief.”
However, on May Day, he was rewarded with a brand new car, courtesy of the Delta State government.