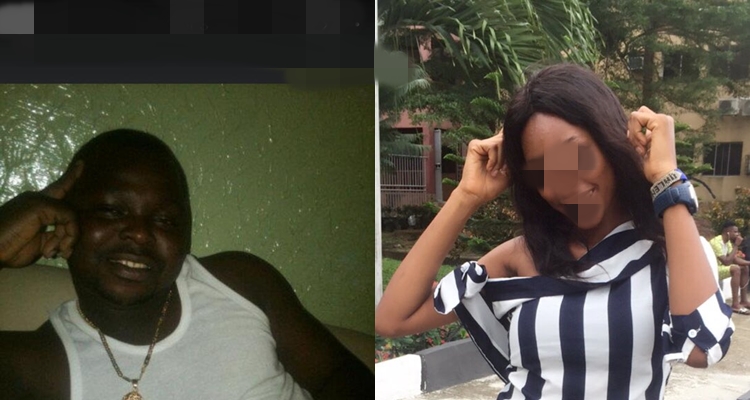 A man, Identified as Babatunde Qudus, is on the run after allegedly kidnapping and raping a fashion designer in Lagos State.

Newsnaija learned that the victim was on her way home on August 10, 2020, when she was approached by  Qudus,  around 7.30 pm who was in a car in the Mushin area of the state.

It was gathered that Qudus allegedly threatened the 21-year-old victim with a gun and ordered her into the vehicle.

The victim’s friend, @ehival, who narrated the incident in a series of tweets and called for the suspect’s arrest, stated that Qudus and his driver drove the victim from Mushin to the Omole area of the state, where the man allegedly raped her.

@ehival, also accused the Olosan Police Station, cops where the matter was reported, of compromising the case.

He tweeted, “It happened on August 10, 2020, around 7.30 pm as she was coming from work and almost getting home around Olateju Mushin when some men greeted her but she kept on walking, next thing a tinted Jeep drove beside her and this man came down, threatened her with a gun and bundled her into the jeep and drove off.

“It was this man and a driver that were in the jeep and they threatened her that if she screams they will kill her and that they just wanted to talk to her, Zainab kept begging that she was just on her way home and her mum was waiting for her and that she doesn’t know them before or what they want to talk about but they kept harassing her with a weapon until they drove from Mushin to Omole Estate, where she was taken into a house and raped severally all through the night, Zainab was in her pool of faeces and urine but this heartless man didn’t care, pointed a weapon to her and continued.

“They told her the next day that if she tells anybody, even her parents about what happened, they would kill her. They dumped her on the road and on finding her way home, she told her parents what happened and the case was reported at the Olosan Police Station and from there, she was taken to a rape organization and hospital, tests were done, she was examined and she’s currently on HIV drugs and some other medication.

“She’s just a 21-year-old girl who due to the pandemic she’s not in school and learning fashion designing. She’s depressed, devastated, and contemplating suicide. Even the policemen at the Olosan Police Station have compromised because the rapist has connections. Now she and her family are being bullied and oppressed even by the police they have run to for help.”

He further stated that the driver had been arrested, while Qudus remained on the run.

Bala Elkana, The state Police Public Relations Officer, who confirmed the incident, stated that the police were on the trail of the suspect.

Elkana,  said, “The matter was reported at the station and the division has begun an investigation into the incident. The driver, who conveyed the victim to the estate, where she spent the night and dropped her back in her area the following morning, has been arrested, while the main suspect is still on the run, but the police are on his trail.

“The matter will soon be transferred to the State Criminal Intelligence and Investigation Department for further investigation.