MAN CUTS OFF GIRLFRIENDS HAND OVER INFIDELITY IN EBONYI 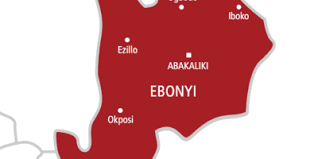 A middle-aged guy identified as Chibisi Irem, from Ebonyi, has  hacked off his girlfriend’s hand on Tuesday for reportedly dating another man.

NEWSNAIJA learned , the incident happened  in Ishieke, a settlement  in Ebonyi Local Government Area, where the couple own a restaurant.

It was learned  Irem had repeatedly informed his girlfriend,  simply identified as Chinyere, about her alleged infidelity with another man in the neighborhood and requested her to stop dating him, but she refused to listen to him.

Miss Chinyere was said to have had dealings with the man until Tuesday morning, when she and Irem got into a fight.

Irem allegedly assaulted his girlfriend while they were serving guests at their restaurant.

The incident was confirmed by the Ebonyi State Command.

The Police Public Relations Officer Loveth Odah, stated. “Police in Ebonyi State are on the trail of a young man whose name was given as Chibisi Irem, who allegedly attacked his fiancée with a machete at Isieke in Ebonyi Local Government Area,”

“The event occurred as a result of a misunderstanding between the two lovers at a joint that they were managing.

“As a result of the machete attack, the girl received injuries on her upper arm. The victim has been sent to the hospital for treatment.”