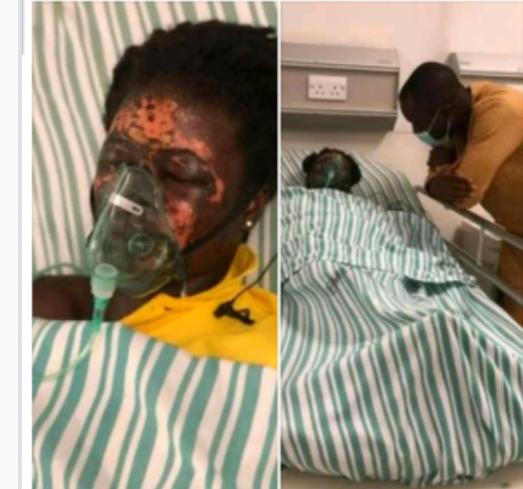 A Ghanaian man has been accused of pouring acidic substance on his estranged wife’s face and body.

The woman identified simply as Florence was reportedly bathed with acid while taking her bath in her father’s house.

Although the details of the incident are still sketchy, however,  a report posted by Crime Check TV Ghana today, May 7, states that the woman moved to her father’s house after she had a misunderstanding with her husband.

NEWSNAIJA further learned that after moving to her father’s house, the husband went to meet his father-in-law to ask for forgiveness but sneaked into the bathroom where his wife was bathing and poured acid on her.

Meanwhile,  Crime Check TV Ghana wrote on Facebook  “You made it clear you don’t love her. You throw her out. She moves to her daddy’s house. You go to the daddy to beg for forgiveness only to enter into the bathroom where your wife is bathing to pour acid on her. Thank God the police have swiftly arrested him. This is so inhuman”.