MAN APPREHENDED FOR RAPING, IMPREGNATING HIS DAUGHTER IN DELTA 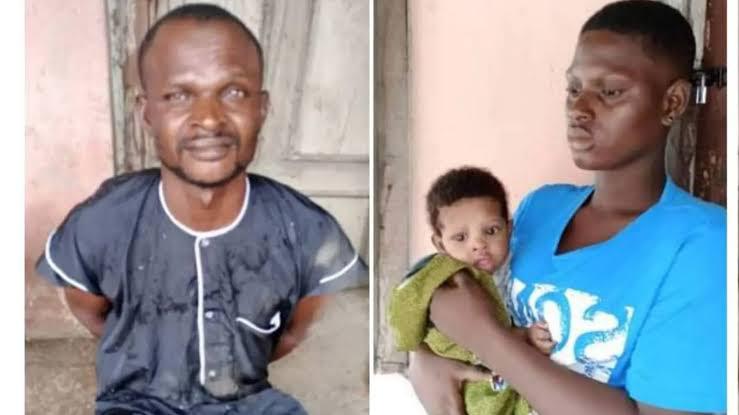 A vigilante group in Delta State has apprehended a middle-aged man simply known as Akpokpokpo for reportedly raping and impregnating his own teenage daughter known as Mercy Akpokpokpo, in the Amukpe area of Sapele.

The man was further accused of being the biological father of the abused daughter’s three-month-old daughter.

According to reports gathered by NEWSNAIJA the suspect had carnal knowledge of his daughter which resulted into a pregnancy and the birth of a three-month-old infant.

It was also gathered that the suspect threatened to kill his daughter if she told anybody about the situation.

The public got to know when the daughter reported the situation to the vigilante group in Amukpe on Friday, August 27, 2021, when she could no longer face the disgrace in quiet.

As a result, the vigilante group detained Akpokpokpo for questioning.

During questioning, he allegedly admitted to sleeping with his daughter only once while “under the influence of alcohol.”

Meanwhile, the young girl when questioned stated that her father had raped her four times.

Also, the suspect admitted to being the child’s father.

As of the time of posting this report, the acting police public relations officer for Delta State Command,  DSP Bright Edafe,  could not be reached for comment.