MAN, 37 ARRESTED FOR KILLING HIS TWO CHILDREN IN NIGER 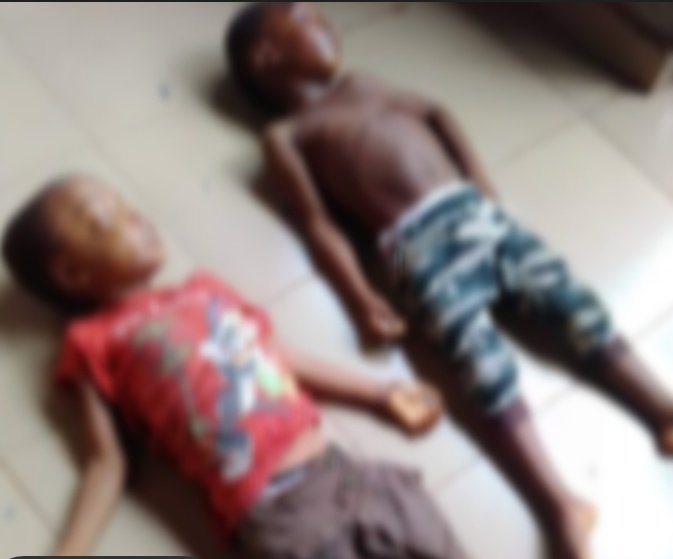 The Niger State Police Command has arrested a 37-year-old man identified as Abubakar Maidabo, for killing his two children with a cutlass in the Magama Local Government Area of the state.

The suspect, who hails from Maidobo village in Magama, was apprehended by the police operatives attached to the Magama Division on November 14, 2020, while trying to escape.

NEWSNAIJA learned that the suspect, after killing his kids, one Umar Abubakar aged 8 and Shehu Abubakar 4, hid their corpses in sacks in the bush.

Furthermore, it was learned that the corpses were recovered by the police and taken to the General Hospital, Nasko for autopsy.

The suspect told in his statement said he could not explain what pushed him to commit the crime.

He said, “Honestly, I don’t know what has come over me to kill my own children that God gave to me. I think something is wrong somewhere,”.

When asked if he wanted to use them for ritual purposes, Maidabo said, “That will be the last thing I will do. God forbids, in fact, I cannot explain how the whole thing happened.”

Wasiu Abiodun, the  Police Public Relations 0fficer, on Friday confirmed the incident, saying the suspect confessed to the crime.

The PPRO  said the suspect would be arraigned after investigation.