LOCKDOWN LOOMING!!! Should we expect another lockdown OR… 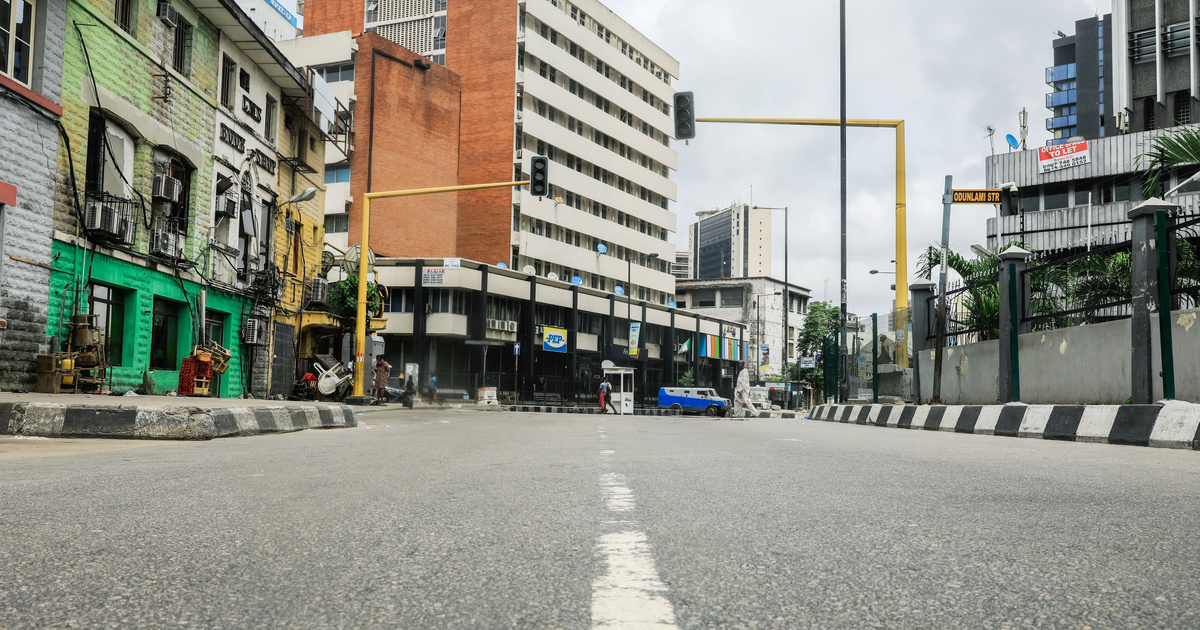 Nigerians are bewildered merely thinking about the possibility of another “stay at home” – which, if we
learn from history, might end up becoming five months of quarantine.
With the recent happenings around the world and how most countries in Europe and Asia are on
lockdown, with strict rules.
The Secretary to the Government of the Federation (SGF) and Chairman Presidential Steering
Committee (PSC) on COVID-19, Boss Mustapha issued the threat, since Nigerians are careless and
putting the nation at risk and the health system might get overwhelmed, if such continues the
government may be forced to take measures, that includes restrictions of gathering and even curfews.
In other words, LOCKDOWN MIGHT BE COOKING DINNER ALREADY
Meanwhile, Something that baffles many is the precaution expected to be taken by Nigerians. Is it just a
threat? As the new Covid variant – Omicron is spreading and there has been records of 9 deaths and 49
infected patients. Nigerians are also advised to celebrate responsibly during this festive season and
adhere to all Covid-19 protocols!
The Nigerians that we have grown up to know…. Do they have the capacity to listen? We, that love to
hobnob!!!
It is now becoming obvious that the government is on the watch to see the kind of caution taken by the
masses. According to experts, if the country is subjected to another lockdown, the economy will be
grossly affected.
Meanwhile, while appearing as a guest on “Kaakaki,” , the director-general of the NCDC, Ifedayo Adetifa,
said in spite of the efforts by the centre and other concerned bodies in Nigeria to make Nigerians
sensitive to the existence of the Virus, Nigerians are all not fully complying to taking the vaccines.
He made it clear that the fact that Nigerians still think that the existence of COVID-19 is fictional or some
political game is making it hard for the government to fight it. Abi? When you don’t believe you have malaria, you won’t use anti-malaria.
He said: “It is quite a difficult phenomenon, because for some people, there is no evidence you can
provide to convince them. We report infection records daily as part of the efforts of being transparent.
“Even the cases that we report are just underestimated because we simply are unable to test as many
people as can be done in a well resourced location. It is everywhere, we all know, there are many people
who have tested positive and isolated at home and the evidence we have is our surveillance system
which now shows exponential rise in the number of cases.”
QUICK STATS
The latest update by the Nigeria Centre for Disease Control (NCDC) has indicated that the fourth wave of
the pandemic is raging fiercely across the country with a fresh figure of 4,035 declared just 24 hours
after more than 2,000 cases were declared.
New update also shows that Nigeria recorded two additional fatalities, increasing the death toll to 2,991
while the infection toll now stands at 231,413. The statistics show that Lagos State, the country’s
epicentre of the infection, contributed more to the surge in the country, recording 3,393 of the new
4,035 infections. According to the data, 2,536 of the confirmed cases reported in Lagos State, are
backlogs of cases for December 13 (37), 14 (365), 15 (197), 16 (577), 18 (742) & 19 (618). As of Tuesday,
the number of active cases have increased to 12,547 cases while the number of discharged cases now
stands at 211,853, as Enugu State also reported a backlog of six discharges for December 21, 2021..
THE LOOMING QUESTION
This question is hereby running through every reasonable Nigerian’s Mind: With the rate at which the
Virus keeps growing wings, the government keeps warning and Nigerians’ apathy towards Precaution
against its spread, ARE WE NOT LOOKING FORWARD TO ANOTHER POSSIBLE 2020 EXPERIENCE AGAIN?

Prince Charles Has Tested Positive For Covid-19 A Second Time.