LIONEL MESSI NO LONGER THE GOAT AFTER LIVERPOOL DUMPS BARCELONA OUT OF CHAMPIONS LEAGUE. 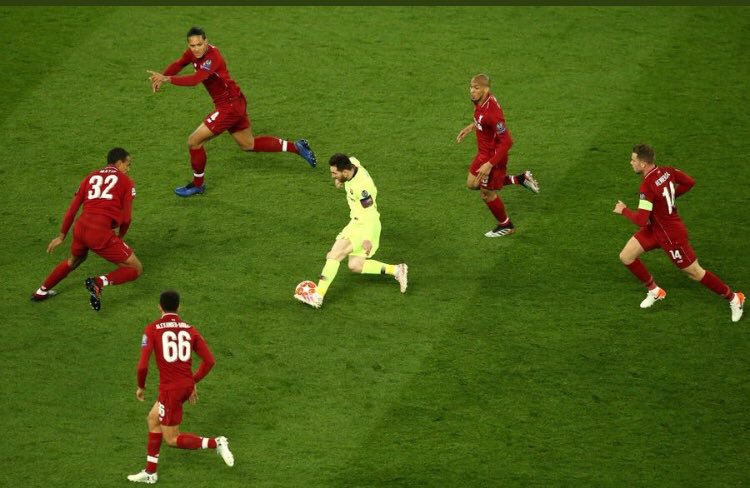 The Barcelona team bus left Lionel Messi at Anfield, following the Spanish Giants’ defeat by Liverpool even with a robust first leg advantage.

Remember that Barcelona appeared to have a commanding advantage after securing a 3-0 win in the first leg at Camp Nou last week. But Messi suffered a miserable night as Liverpool completed a stunning comeback to knock Barca out of the Champions League on Tuesday evening.

Messi who was required to undergo a doping test immediately after the crushing defeat was left behind by the team bus. The process took so long that Barca’s team bus headed to the airport while Messi was still at Anfield.

Messi eventually provided the urine sample for the test while special arrangements were made to reunite the Argentine with the rest of the squad and coaching staff before they traveled back to Spain.

Messi also walked through the mixed zone at Anfield much later than the rest of Barca’s players, but uttered no word to the media while he was being escorted out of the stadium

The question remains, Is Messi still the GOAT after this crushing defeat? Tell us what you think.