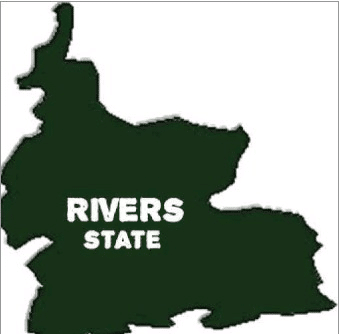 The Rivers State Police Command on Wednesday recovered the lifeless body of a man tied to a mast belonging to a telecommunications company on Abel Jumbo Street, Mile Two axis of Port Harcourt.

Residents of the area, who woke up to see the deceased, expressed shock and immediately alerted the police.

Nnamdi Omoni, spokesman for the Rivers State Police Command, while speaking with our source in his office on Wednesday, gave the identity of the dead man as Onyekachi Onuoua, even as he said the man might have been murdered.

Omoni said “I can confirm a case of murder reported by the Divisional Police Officer, Azikiwe Police Station this morning where a corpse was seen on Abel Jumbo Street, Mile Two, Diobu, Port Harcourt, in a place housing a mast belonging to a telecommunication company.

“The corpse was tied hands and legs. No physical injury but spots of blood on his mouth. The corpse was later identified to be one Onyekachi Onuoua.

“So far, one person has been arrested and he is helping us in our Investigation. The corpse has been evacuated and taken to the mortuary for autopsy,” Omoni added.