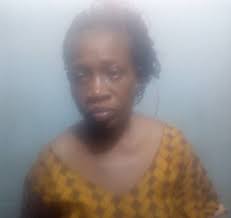 The daughter of a landlady, identified as Tina Essi, has been arrested for allegedly beating a tenant, known as Christian Akparie, to death in the Ikorodu area of Lagos State.

NEWSNAIJA learned that Essi and the 49-year-old victim were arguing over the electricity bill and the argument resulted in a fight.

It was further learned that the tenant reportedly sustained injuries during the fight and while being rushed to the hospital for treatment, Akparie passed away.

The Police Public Relations Officer, Adejobi in a statement on Wednesday said that Essi had been arrested, adding that the Commissioner of Police, Hakeem Odumosu, ordered her transfer to the State Criminal Investigation and Intelligence Department, Panti, Yaba, for further investigation.

The PPRO   stated, “The Lagos State Police Command has arrested one Tina Essi for the alleged murder of 49-year-old Christian Akparie of No. 26 Orijamogun Street, Oreyo, Ikorodu, Lagos.

“Preliminary investigation revealed that on January 31, 2021, an argument over the payment of electricity bill ensued between the landlady’s daughter, Tina Essi, and the deceased, both of the same address, which led to a fight.

“After the fight, the deceased continually suffered severe pain, but unfortunately, on Saturday, February 6, 2021, around 7 am, while the deceased was being rushed to the General Hospital, Ikorodu, he gave up the ghost.