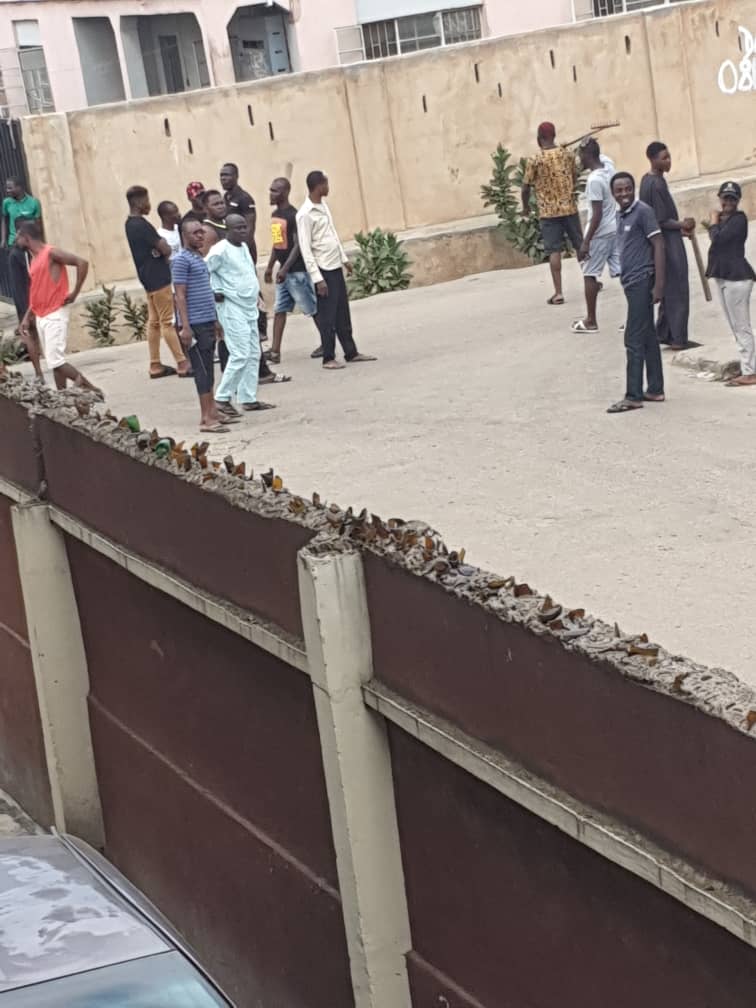 Recently Ogun state and Lagos have been experiencing series of attacks from various cult groups. Some affected communities have opted to vigilante groups, residents and able youths in the community who responded in no time to calls of attempted robberies

Precisely in oyemekun Ogba, street youths were able to foil two robbery attacks in the area.

It was earlier announced that police officers had been dispatched to the affected area. Gun shots from police officers  were also  heard around Ogba and its environs as a way to scare off the attacking cult groups.