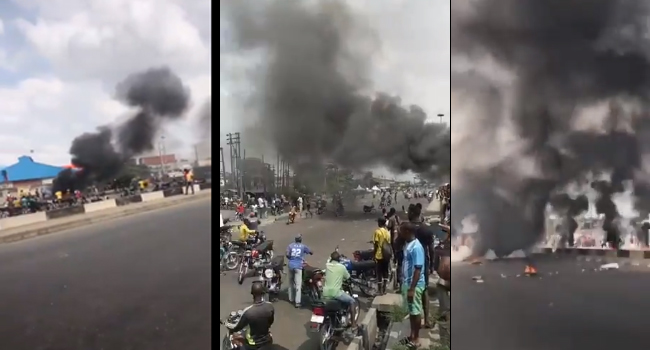 NEWSNAIJA gathered that officials of the task force had arrived at the bus stop to impound Okadas when the clash occurred.

Eyewitnesses narrated that the Okada riders resisted the officials of the task force from impounding their motorcycles.

In a bid to express their displeasures, the Okada riders set bonfires on the expressway, leading to gridlock.

a commuter, told our source saying “We trekked long distances under the scorching sun,”

NEWSNAIJA further learned that the Okada riders’ actions affected activities in the area  Amuwo-Odofin Local Government of the State.

The clash occurred at about 12:15 pm today, Tuesday.