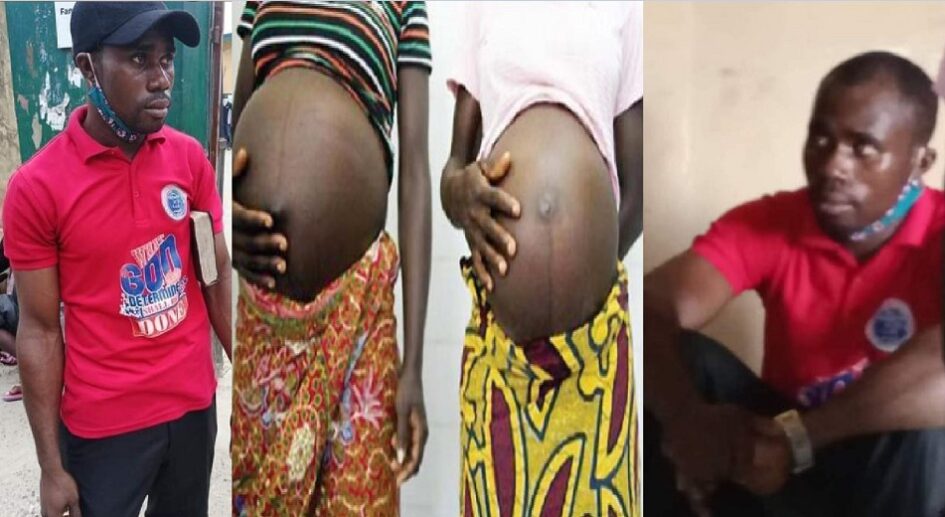 The Lagos State Police Command, has yesterday, arraigned a pastor, identified as  Nduka Anyanwu, before the state Magistrates’ Court in Yaba for defiling and impregnating two sisters.

The Pastor was alleged to have slept with the sisters, aged 17 and 13, on several occasions and impregnated them.

The suspect was arraigned on two counts bordering on defilement before A. Adedayo, the Chief Magistrate.

Anyanwu pleaded guilty to the charges.

Roman Unuigbe, The prosecutor, told the court that the Pastor committed the offenses sometime in June 2020 at a church complex in the Oshodi area of the state under the pretext of praying for the victims.

It was learned that the mother of the victims had tried to prevent the police from arresting the defendant on the grounds that he was a man of God.

According to Unuigbe, the offenses contravene Section 137 of the Criminal Law of Lagos State, 2015.

However, following the plea of the defendant,’ the Magistrate ordered him to be remanded in custody and adjourned the case till 15,  September 2020, for the presentation of facts and sentencing.