LAGOS BUSINESSWOMAN SHARES APARTMENT WITH STRANGER FOR A YEAR 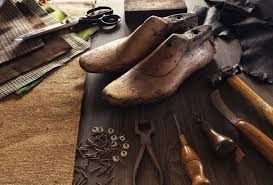 A businesswoman, identified as Cira Nzube, and her neighbors in the Olodi-Apapa area of the Apapa Local Government Area of Lagos State have been left in confusion over the illegal entry into their apartment by a cobbler identified simply as Papa.

NEWS NAIJA learned Papa, who operates a shop outside the building, was alleged to have been gaining entry into Cira’s apartment for over a year whenever she was not around but ran out of luck on April 29, 2021, when the owner of the apartment returned home earlier than usual.

It was gathered that when the cobbler was busted, he claimed to love the feel of Cira’s bed and the foods in her kitchen.

He allegedly made a duplicate of the key to the apartment when he was contracted to help clean the flat before Cira moved in and kept it to himself.

In a statement, Cira said she was mystified as her groceries, cooking gas and other stuff in the kitchen were getting quickly exhausted but kept it to herself as she could not imagine that someone had been entering the apartment in her absence.

She stated, “On April 29, 2021, I told my sister that I’d be going to the Island. I didn’t know that the cobbler was eavesdropping on our conversation. He later asked me if I would be going to the Island and I responded in the affirmative. But I just went to see someone close by and returned home immediately.

“When I got home, I tried to open the door but it was proving difficult. It was like someone had locked it from inside. I banged the door and called my neighbors. I had to use the back door.

“As I was trying to enter through the back door, I heard a rattling sound from the front door. I was shocked to see the cobbler walking out through the front door. I ran after him to inquire what he was doing in my flat. He flared up and said I was embarrassing him. I raised the alarm and neighbors joined me.

“He (cobbler) confessed to having been coming to my flat in my absence for over a year. He said he loved my bed and that he wanted to take food because he was hungry. He was among the people, who helped clean the house before I moved in, but he refused to drop the key. So, he had always kept a duplicate key to the apartment.”

Cira told our source that the case was reported at the Apapa Police Station and the suspect was on the run, adding that she was scared after the incident.

She said “We have reported the incident at the Apapa Police Station and the police said they had launched a manhunt for the suspect. The police want him to sign an undertaking that he would never return to the house, but he’s nowhere to be found. I don’t know if my apartment is still safe. I am scared,”

However, when contacted Papa on the phone, he became hostile and declined to speak.

Olumuyiwa Adejobi,  the  Police Public Relations Officer in the state, had yet to respond to calls and messages sent to his mobile phone as of the time of filing this report.