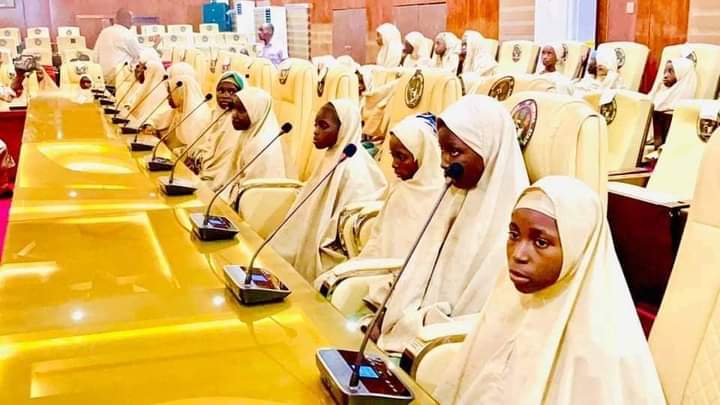 After being released by their abductors, the students were received by Governor Bello Matawalle in Gusau, on Sunday.

Recall that Gunmen, believed to be bandits, had abducted the students from the school late in the night of September 1.

Afterwards the Zamfara Police Command said 73 of the students were kidnapped from the school but five of them were freed a day later.

Community sources also stated that the assailants stormed the school in large numbers before taking the students to an unknown destination.

The incident is one of the several school abductions that have been reported in the North-Western state and other northern states battling attacks from bandits.

Other states in the region including Katsina and Kaduna have had their fair share of attacks on schools.

Irked by the incessant assaults, the Zamfara State government introduced a string of measures including the recent shutdown of telecoms services, ban of sales of fuel in jerry cans among others to tackle the menace.